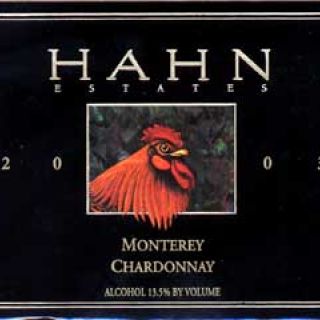 Franciscan friars first planted vines in Monterey in the late 18th century, but it wasn't until the 1960s that the true winemaking potential of the area became known. Professor A. J. Winkler, a viticultural expert from U. C. Davis, published a report that classified Monterey County as Region I and II, classifications comparable to Bordeaux and Burgundy. Soon after, wineries such as Wente, Mirassou, Paul Masson, J. Lohr and Chalone began planting vineyards and today over 40,000 acres of vines are planted throughout Monterey.

Known for one of the longest growing seasons in the United States, Monterey's spring temperatures warm quickly to help prevent frost damage, while cool air drifting off Monterey Bay keeps the vines cool throughout the summer. These temperatures cause vines to bud two weeks earlier than most growing areas, and the grapes ripen later meaning they are picked two weeks after other California regions. Rain can be sporadic and many wineries rely on drip irrigation for water distribution to the vineyards.

Chardonnay may have found its second home in the Monterey area, where cooler summer temperatures allow it to thrive in Burgundian fashion. Currently over 40% of Monterey's planted vines are Chardonnay. Pinot Noir, Riesling and Pinot Blanc are planted in the cooler northern area of the region, while the warmer southern parts are home to black grapes such as Cabernet Sauvignon, Merlot, Syrah and Zinfandel. Syrah is quickly becoming the most popular black grape to plant in Monterey.

Other appellations within the Monterey AVA include Arroyo Seco, Hames Valley, San Lucas and the Santa Lucia Highlands, while Carmel Valley and Chalone rest just outside the border.