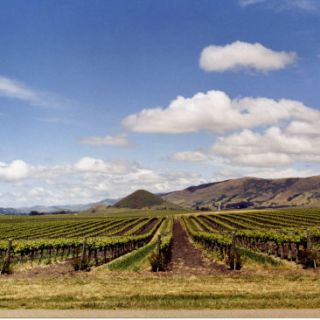 Not to be confused with Australia's Eden Valley, California's Edna Valley is located south of Paso Robles and north of Arroyo Grande, on the outskirts of the county seat San Luis Obispo. Just five miles east of the Pacific Ocean Edna Valley is one of the state's few east/west-oriented valleys. Coastal fog drifts in from Morro Bay cooling the region to a level I climate, creating ideal conditions for the development of fungal diseases. Edna Valley soil consists of clay and volcanic rock over ancient ocean subsoil. Zippy Chardonnays and elegant Pinots have been produced in Edna Valley, while Rhï¿½ne varieties make up the majority of the remaining vines.