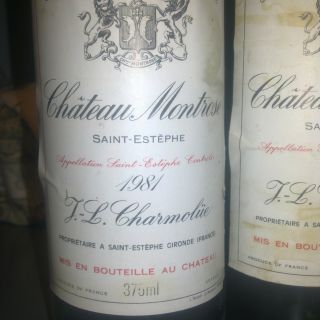 Of the four great communes of the Haut-Médoc, Saint-Estèphe is the largest and sits at the northern end of the area, nestled against the muddy Gironde estuary. During the 1855 Classifications of Bordeaux wines Saint-Estèphe was awarded only 5 classed growths while Pauillac to the immediate south received 18, evidence that the wines of Saint-Estèphe have always been thought of as good rather than great by Haut-Médoc standards. There are, however, over 40 cru bourgeois, which may not be on par with the classed growths but are excellent wines nonetheless.

Soil types vary, with a heavy clay-based soil to the north and west end of the commune and heavy gravel in the southeast, and a mix of the two somewhere in the middle. In the northern end Merlot provides better results than the Cabernets that dominate the Left Bank of the Gironde, and producers there have had more success as of late with this varietal than in the past. In the southern portion of the commune the wines are generally made from high percentages of both Cabernet Sauvignon and Cabernet Franc.

The wines of Saint-Estèphe have always been considered just a little too tough and tannic for their own good, lacking the richness and grace of Pauillac to the south though the southern part of Saint-Estèphe boasts the same gravelly soil. They are slow to mature, and can be hard to enjoy in their youth. The best examples usually come from the southern end of the commune and can compete with Margaux and Pauillac by offering the aromatics of Margaux mixed with the plush richness of the wines of Pauillac, all tied to a certain spicy character that is unique to Saint-Estèphe. Indeed, Cos d'Estournel with its Asian and African-inspired Château is said to exemplify this spiciness.

While Saint-Estèphe may not be known for the classed growths, there are a large number of fine wines that often carry a slighter smaller pricetag than those found nearby. Forward-thinking producers have experimented here with more Merlot based wines, and the reputation of Saint-Estèphe has improved along with the wines over the last two decades.

White wines from the region, though rare, are sold as either AC Bordeaux or Bordeaux Supérieur.

Visit Bordeaux for an in depth look at the history of Bordeaux.