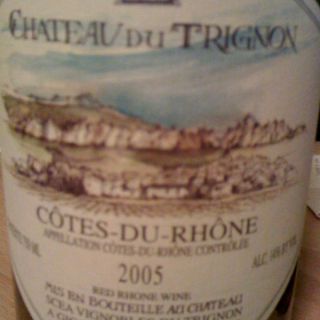 A massive appellation that essentially covers every inch of the Rhône Valley not listed by one of the other appellations. The region stretches from Vienne to Avignon, a span of almost 100 miles, and encompasses some 11,000 producers making more than 35 million cases of wine, of which only about 1% is white. Though the northern portion of the Rhône is included, a vast majority of the wine is produced in the southern portion of the Valley.

There are many different soil types over such a broad area, and the amount of grapes permitted varies just as much, with up to 24 different varieties allowed though much less are actually used. For reds, the wines are mainly a blend of primarily Grenache, Mourvèdre, Cinsault and Carignan, with increasingly a higher percentage of Syrah in the mix. Much of this wine is produced by carbonic maceration, thus producing a fruity and fresh wine, yet with little of the character found in the better communes nearby. Lately more wine has been made in a serious style, and the overall quality levels have increased, though the maximum yields per acre remain too high and the alcohol levels too low to ever contend with the greats of the Rhône.

Some light rosés are produced from the same varietals. White wines are also increasing in quality, with less of the traditional Clairette, Grenache Blanc, Bourboulenc and (gasp) Ugni Blanc used, and more of the higher quality Viognier, Marsanne and Roussanne grown and vinified instead. Côtes du Rhône generally offers a glimpse of the Rhône valley but at an affordable price point. Some wines are awful, but many are good and getting better, and this appellation remains a home for experimentation. It is also the appellation used by many of the great wineries in the Rhône for their second and third label wines, or when the quality of the top tier wines is not quite up to snuff they are often sold as AC Côtes du Rhône.