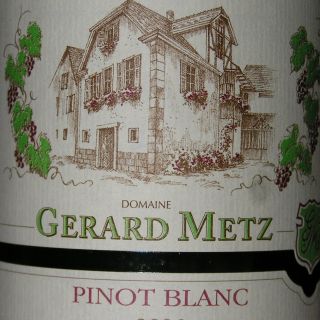 A region famous for centuries for wine production, and fought over or occupied by Franks and Germans for almost as long. Today Alsace can only be called a combination of the two cultures, or simply Alsace. Sheltered by the Vosges mountain range in Eastern France on one side and the Black Forest in Germany on the other, Alsace is blessed with a dry and relatively warm climate, ideal for growing grapes. The proximity to Germany has spurred the production and success of Germanic varietals such as Riesling, Gewürztraminer, Muscat and other light-skinned grapes. It is the only wine region in France to specialize solely in white wines as over 90% of production is confined to white wine.

Winemaking in Alsace dates back to at least the 8th century, though probably much further. The grapes that we are familiar with today have a long history in this region as well, with Riesling, Gewürtztraminer and Muscat production going back to the 1400s. Fame and production were high until the onset of phylloxera in the 19th century. In addition to this blight other factors such as the Thirty-Years war, World Wars I & II, and the constant changing of markets as the region flip flopped back in forth from German and French control all had adverse affects on the wine production in the area.

Since the 1960s Alsace has been making a comeback, as the overproduction of low quality grapes has declined and the focus has shifted to the “Noble” varietals of Riesling, Pinot Gris, Muscat and Gewürztraminer. After many years of earning reputations as the best sites in Alsace, 50 vineyards were designated as Grand Cru status vineyards. Wines from these vineyards are considered the best and are often the most expensive as well.

Alsace is divided into two main regions: The Bas Rhin in the north and the Haut Rihn in the south. The region consists of a 70 mile long strip of land that is very narrow. Though the Haut Rhin is considered to be warmer and drier, the whole of Alsace has many different soil types and thus produces wines of very different styles for such a small area.

Unlike many regions in France the grape varietal is often printed on the label in Alsace. Wines with any varietal on the label must be comprised of 100% of that varietal. The same applies to a vintage date. Alsatian wines are known for having heavily spiced aromas and flavors and can be a wonderful combination of the power and weight of Burgundy combined with the fragrance and aromatics of the great wines of Germany. Chaptalization is permitted, but the fermentation must not be artificially stopped, thus resulting in wines that are generally higher in alcohol than their counterparts to the east.

Alsace is best known for Riesling, Gewürztraminer and Pinot Gris that range from crisp and light to stunningly rich and ripe. Wines labeled Vendange Tardives mean that the grapes are “late picked” and usually subject to higher levels of sweetness and complexity. Sélections de Grains Nobles refers to wines produced from specially selected grapes that are affected by Botrytis or Noble Rot. These wines are intense and long-lived, and carry some of the highest price tags to be found.

Crémant d'Alsace wines are sparkling wines made in the traditional method and can be quite affordable and delicious. Red and rosé wines in Alsace are made from Pinot Noir. While they make lack some of the weight and power of the great wines of Burgundy, they can be very fresh and fruity when young. Edelzwicker is the name used for blended wines. These may consist of everything from Riesling and Pinot Gris to less loved varietals such as Klevner, Silvaner and Pinot Blanc, though the name Gentil is used when the blend is of the Noble varieties.